This guide is for the standard climate control system, not the climatronic dual climate system on the higher end packages. Though some of this information will apply to any A/C system

A surprisingly difficult thing to do is to get fresh air from the outside of the car in through the climate control system without running the A/C. I found a way and it requires a specific order of operations to do it.

This is how it should look 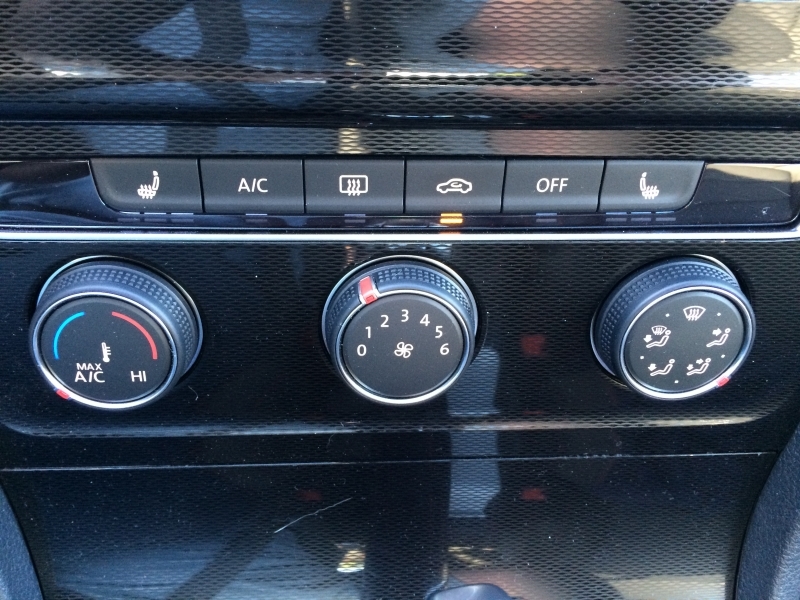 Its important to do the air flow nob last as if you do it before the temperature nob it will turn on the AC Compressor, if that happens you can just hit the A/C button to turn it off.

Something else I have noticed is when I have the windows down or sunroof open I get a surprising amount of heat out of the vents even when the system is off. I found a super simple trick for this and that’s to press the car button with the swoosh inside it. This closes the external vents and now you dont have lots of hot air due to pressure changes inside the cabin coming in.

This is how it should look 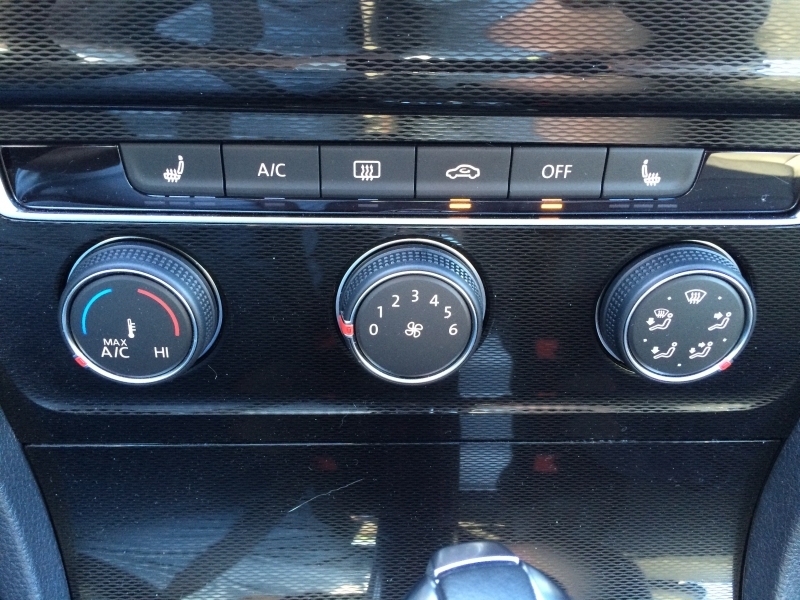 How to prevent smelly vents

Because of the way A/C Compressors work it can leave moisture in your vents/cabin air filter. This can cause mold which in return causes smells. A very good way of preventing this is after using the A/C to run air through it without the A/C on for a good few minutes. Using the “How to get air though the vents without the A/C being on” method will clear the vents of moisture.

The other thing you should do to help prevent this is replace your cabin filter often.

If you already have smelly vents replacing your cabin filter is the first step. If that doesn’t fix it products such as this work well but dont reach everywhere in your vent system http://www.1z-usa.com/products/klima-cleaner-professional.html If all else fails you will need to tear apart your dash and clean the vents manually. This is more than most people will want to deal with.

How to replace your cabin filter in the MK7 Golf/GTI

This is a pretty easy thing to do, you just need to know where to look. The part number for the “Charcoal Lined Cabin Filter” is 5Q0819653