Due to how the MK7 mirrors taper on the outside I have not seen a few things that surprised me. It was never to the point of having an accident but a surprise nonetheless.

So I went ahead and purchased aspherical mirrors that on the outer side of the mirror shows a broader angle catching things I might of missed in its view. They also happened to be blue tinted which I liked a lot when I had my 1999 A4.

You can buy them in the US but typically its only one side that is aspherical and are also rather expensive. Instead I went to Aliexpress to get them. These do include the heating element but not the blind spot monitoring if your car has that feature, mine doesn’t.

Popping them off a rather unnerving due to the amount of leverage required and how its mostly just plastic clips holding the mirror onto the motor. Luckily I knew this because I had one it once before on an older VAG car. It helps to turn the mirror so you can get your hands behind it. I was able to get mine off without breaking anything without any tools. They look and fit very OEM like but doubt they are due to lack of markings on the back plastic. 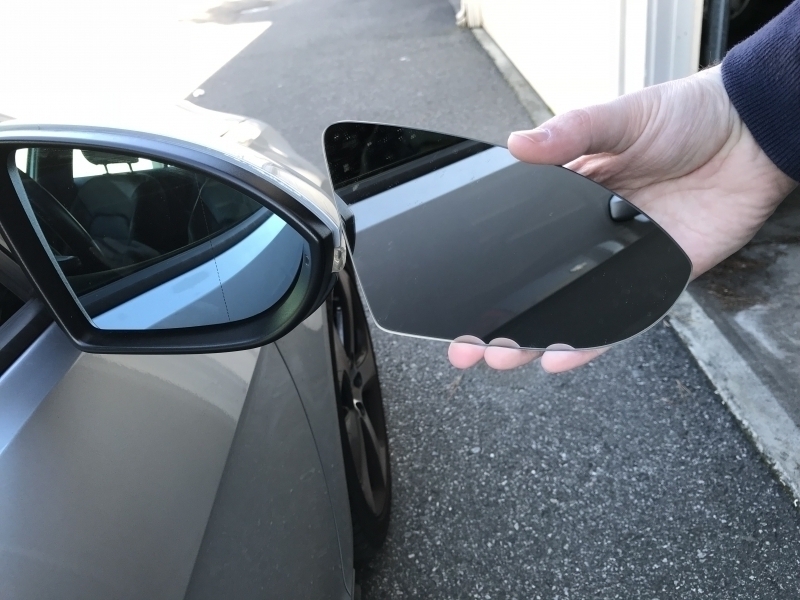