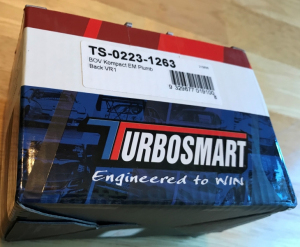 I recently picked up the Turbosmart Kompact EM Plumb Back DV VR1 part# TS-0223-1263 to replace my stock diverter valve part# 06H-145-710-C. This is the first third party ECU controlled Diverter Valve released for the MK7. VW has been using ECU controlled diverter valves since the MK5. Up until this new EM valve all third party kits involved changing over to the archaic boost pressure DV’s of old and using a device to trick the ECU and telling it that everything is fine. I always thought of this as a hack and not a proper solution. 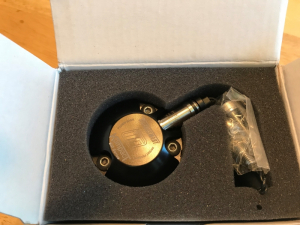 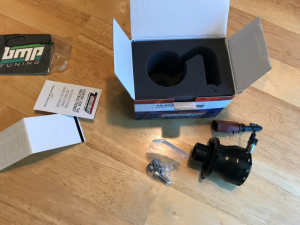 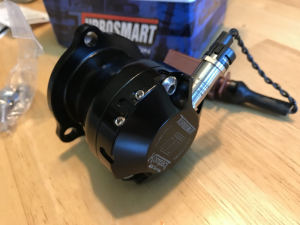 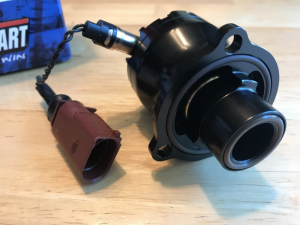 Difference between DV/BOV: Let me first make a distinction between Diverter Valves and Blow off Valve types. BOV’s release air into the atmosphere making the iconic PSSST sound you hear in movies after a hard accelerated shift. Diverter Valves release the air back into the system and doesn’t make much of a sound. On the older platforms like the MK5/6 recirculating the air back into the system was important because the cars ECU measures the air getting recirculated back in. Failure to do so would cause poor performance and check engine lights. On the MK7 platform the ECU do not care about this and BOV’s are an option now. I opted for the DV version which Turbosmart calls EM BOV Plumb Back. The BOV version is calls EM BOV Dual Port. Also don’t be fooled by the Turbosmart non EM valves, those are the old school spring based ones not ECU controlled. Also don’t be confused by the V2 versions of the EM valves, these are not newer versions of the V1 but valves for similar Ford/Merc/Volvo EM platforms.

History: Now for some history. Before the ECU controlled valves it was all pressure based. The DV would have a spring in it and when enough boost pressure built up the spring gives and turbo pressure is released. To allow for greater pressure you upgraded the spring to a stronger one, which took more pressure to compress. The system was basic and worked well but didn’t allow for fine tuning.

Now with ECU controlled Diverter Valves the cars computer handles when the valve opens and closes allowing for better situational control and significantly faster reaction times that their spring counterparts. The only downside I have found with the ECU controlled valves is that they release pressure at unexpected times due to the ECU commands. Due to this, having something like a Blow off Valve can be extremely annoying as its releasing pressure at unexpected times and often. Since I didn’t get the BOV version of the Turbosmart Kompact EM this isn’t an issue for me.

Reliability: The stock diverter valve that comes with the MK7 is actually pretty good. APR recommends it for their STG 3 setups over other third party valves. Its fast acting, doesn’t fail often due to its piston style design and seems to handle situations up to 450hp without issue. Older styles of this valve on the MK5 used a diaphragm instead of piston and had a horrible track record, once VW released the piston style, it solved the tearing of the diaphragm problems. The biggest downside of the stock valve is it is not serviceable. If it gets gummed up or something breaks, its toast. Its not designed to be opened or lubed up, you cant buy any replacement parts for it at all. Being made up of mostly plastic its a throw away part. These stock valves are not infallible and like any type of valve can break/leak from time to time, but nowhere near as much as historical ones. Mine personally never had an issue on the MK7 and it had 64k miles on it most of that custom tuned running 24lbs of boost.

The Turbosmart valves are extremely well crafted and almost all metal. They are serviceable and you can contacted Turbosmart for replacement parts if something needs to be fixed. They claim “Leak-free design, over 400% compared to OE” and “Responds 57 times faster than a blink of an eye” which are lofty claims since the stock one has been reasonably solid. Time will tell if it is more reliable than the stock ones, but there is no doubt its better crafted and serviceable.

Installation: This is a very simple installation that can be done by almost anyone. One of the bolts is a little hard to get at but you are looking at removing a total of three M6 bolts and a wire clip connector. Turbosmarts instructions can be found in this link here. You will want to let your car sit for a few hours before attempting this install. The diverter valve is attached directly to the turbo and those can get red hot. The DV is located on the top side of the engine in the back of the engine bay toward the windshield. There is no need to get under or jack up your car, everything can be done with just the hood open. You will likely want to remove the turbo inlet pipe for better view/maneuverability but thats about it. Please note that my turbo inlet pipe will look different from the stock as mine is the Revo inlet pipe. 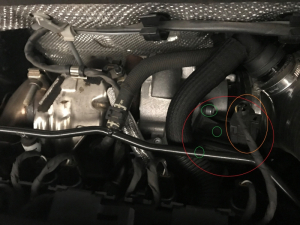 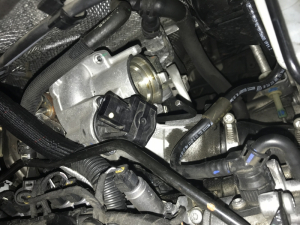 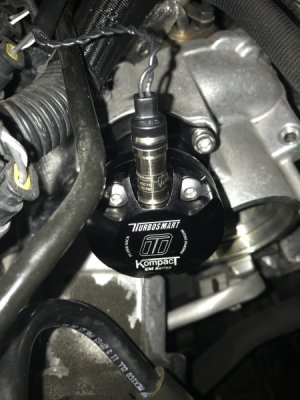 Initial thoughts: I did not expect any performance gains from this valve, maybe a sound change but it wouldn’t be much as it is still a DV and not a BOV. Since my stock valve was still working perfectly, this should be a great compare against it.

First thing I noticed is the sound is almost the same as stock. I can tell something is different but if I took an audio recording I doubt it would be noticeable between the two, thats how close they are. If I had an open element intake that may be different but im still using the stock airbox with my turbo inlet pipe so its still very quite. Boost seems to build more rapidly, I don’t know if this is a placebo effect and will need to do some logs to make sure.  As mentioned my stock valve was working just fine before replacing so this is all expected. Don’t think this is a disappointing result, I didn’t expect any performance gains or louder sounds. Everything feels great and didn’t notice any hiccups. No CEL’s were triggered either.