After seeing some people use tow hook plate holders as an alternative to drilling their front bumper it gave me an idea. Mine was already drilled so too late for that but I could mount in its place a euro plate I have had for about 10 years. This would allow me to use the euro plate and still be legal in California by having a front plate displayed. I also wouldn’t be making any more holes in the bumper as I would be using existing holes to mount it. If I didnt like it, it was very easy to reverse.

Its very well made and sturdy, im not worried about it rubbing up against the bumper, or wiggling free. Installing is extremely easy and the hardest part is safely getting off the plug covering the tow hook socket. I just used my fingers so I wouldn’t damage the paint. Here is how it turned out: 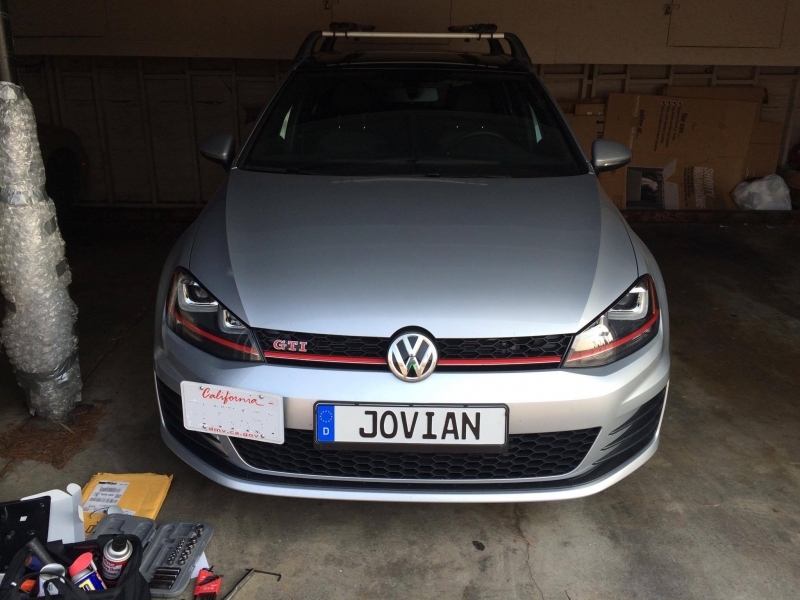 Car is filthy but you get the idea. Once I clean it up I will take better pictures of the mount itself and post them up.

Here are the better pictures I promised of the mount itself attached to the car. 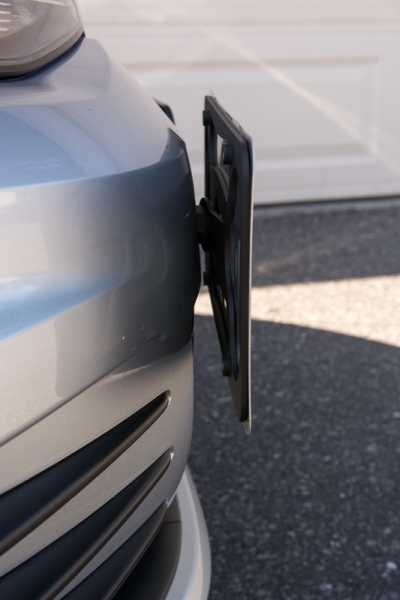 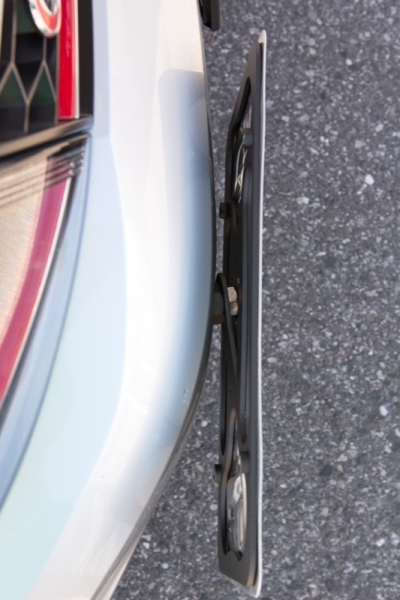 As you can see there is room but not a ton, which is awesome.