Our family recently picked up a 2018 Tiguan to compliment our existing 2016 GTI.

We did a lot of research and ultimately it was my partners decision in what car we purchased. She was looking for a small SUV for utility purposes that would still fit easily in our garage. We looked at the Honda CR-V, Toyota Rav4, Mazda CX-5, VW Tiguan and Chevy Blaze. Being a Chevy fan and having great luck with them in the past she really wanted to like the Blaze but was easily the most disappointing of them all. Featureless and cheap was my impression. She was a bit heartbroken about it.

In the end she picked the Tiguan due to its many features and we negotiated a great deal on a 2018 SEL /w Tech package. We originally were looking for an SE but they gave us such a great deal on the SEL that we splurged, and we are really glad they did. The sunroof is just amazingly large, and the adaptive cruise control is so handy when commuting as well as blind spot monitoring. Being a bigger vehicle than we are used to driving, these safety features have been great! The Mk2 Tiguan sure feels and looks a lot larger than the original one, its actually a bigger vehicle than we planning to purchase. Our Tiguan came with a third row which is more of a token seat only usable by children due to headroom but folds down nicely for a lot of storage in the back.

It didn’t come with a parcel shelf (cover to hide contents of the back) which was surprising so we purchased one for it. Its retractable and super easy to install and take out https://www.amazon.com/Vesul-Updated-Retractable-Security-Volkswagen/dp/B077HRCJW8/ref=sr_1_3?ie=UTF8&qid=1525280488&sr=8-3&keywords=Tiguan+retractable Apparently they only come on the SEL Premium, which is the highest level package.

The Tiguan has a lot of the same features as my 2016 GTI SE and the interior had the same feeling and similar style. This made it feel instantly familiar and comfortable for us. The headunit has a gorgeous display but attracts fingerprints easily. The SEL has navigation built in so we have a choice of either using our phones navigation through Android Auto/Carplay or the built in. Like my GTI it has a lot of customizable features through the headunit.

The engine is an EA888 Gen3b which is a slightly revised version of the EA888 Gen3 in my GTI, which has been absolutely solid at 60k miles when I wrote this. This again makes it easy on us for maintenance since I pretty much already know the engine. The 8-speed transmission isn’t DSG like my GTI’s 6-speed but seems pretty good for a standard automatic. Its not like im going to be racing around in the Tiguan, though the suspension is not bad at all for an SUV. Suspension is plush when meandering on roads yet doesn’t roll too bad like some other SUV’s. Because of the 8-speed trans the Tiguan gets surprisingly good MPG, will be interesting to see what we end up getting with it once we have some more miles on it.

Here are some pictures from when we picked it up and when we got home: 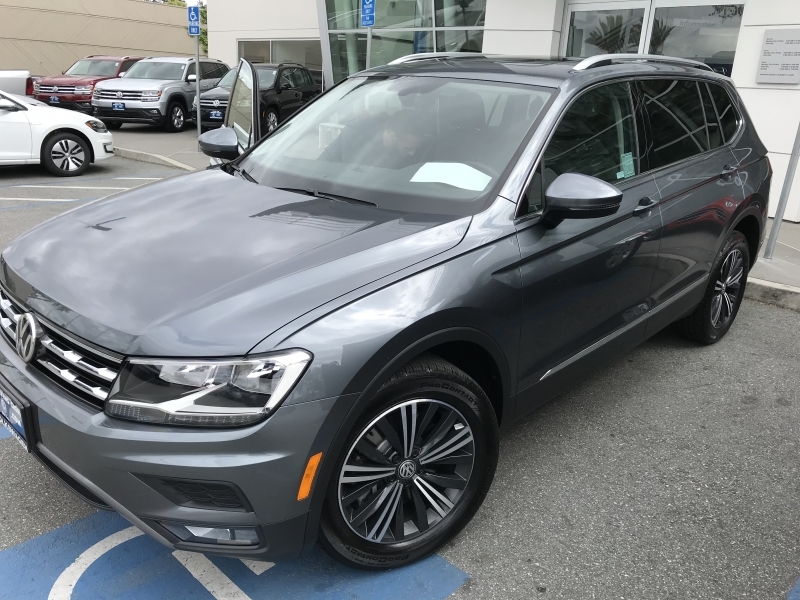 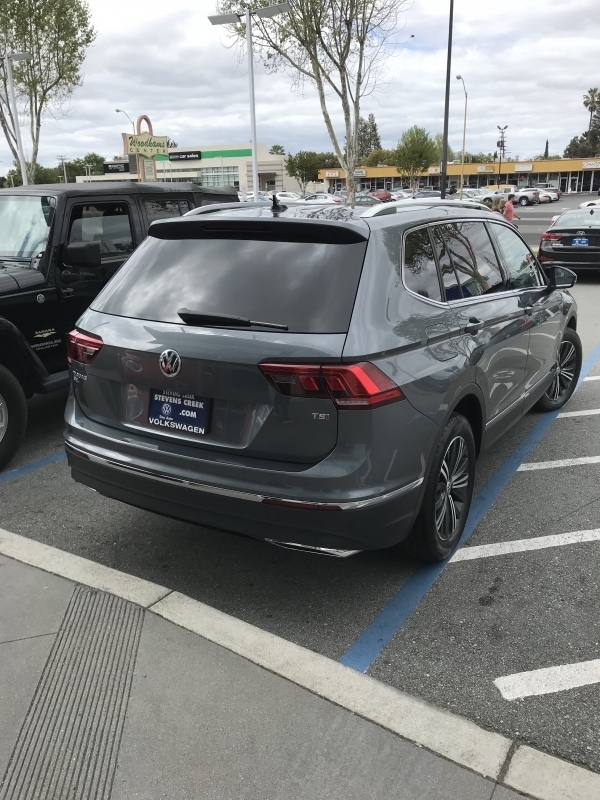 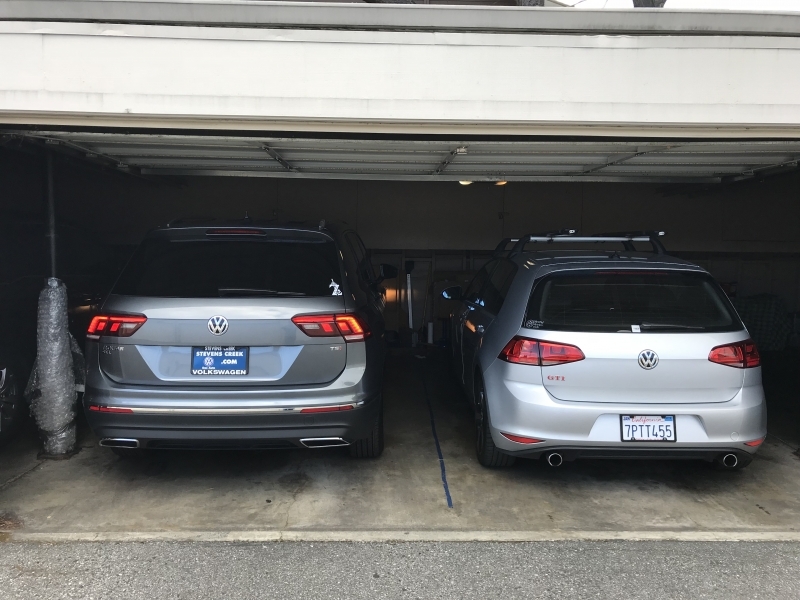 We only have 200 miles on it so far and I will update once we have some more experience and miles with it. Will be nice to share the miles with another vehicle in the family instead of driving mine around everywhere.