First lets go over the different between a Diverter Valve (DV) and a Blow off Valve (BOV). A BOV vents the pressure from the turbo to atmosphere (into the air) while a DV recirculates air back into the turbo system. Some engines monitor this recirculated air like my old MK5 GLI EA113 engine. BOV’s were typically bad for engines like these because it would throw off the ECU values. With the MK7 EA888 Gen3 engine the air getting recirculated back in is not monitored in the same way and venting to atmosphere is fine to do. Both the EA113 and EA888 Gen3 came stock with a DV as well as most current production turbo cars do. The iconic movie pssst sound turbo cars make in movies when shifting is caused by a BOV.

While browsing ebay I came along this BOV spacer for pretty cheap. What it does is go between your existing stock DV and turbo allowing air to vent to atmosphere when the DV releases pressure giving you that iconic pssst sound. This is not a true BOV but uses the existing DV. You can find the BOV spacer I purchased for this review on ebay here: https://www.ebay.com/itm/283582419192?ssPageName=STRK%3AMEBIDX%3AIT&_trksid=p2060353.m2749.l2649

It should be noted that I do have a few modifications that may affect how this may sound compared to a truely stock setup. Im still using the stock airbox but I have the following changes.

This install is fairly simple and in the link for my Turbosmart DV review you can find a high level overview on how to take off the diverter valve from your turbo. Its important to note the Turbosmart DV is not compatible with this BOV spacer.

Warning: Some turbo inlet pipes can reduce the amount of space around the DV making it impossible to put on a DV spacer. So do a visual check first to see if you have a third party inlet pipe and see if there is enough room. I have the Revo TIP and it has enough clearance.

Here is the spacer itself, it also includes three longer bolts. 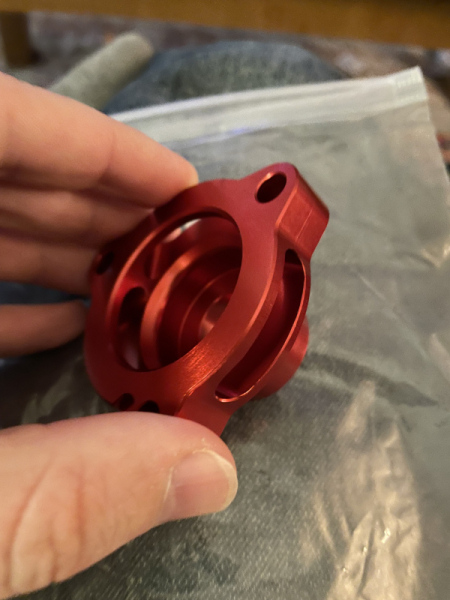 And here is the spacer installed between the stock DV and an IS20 turbo. 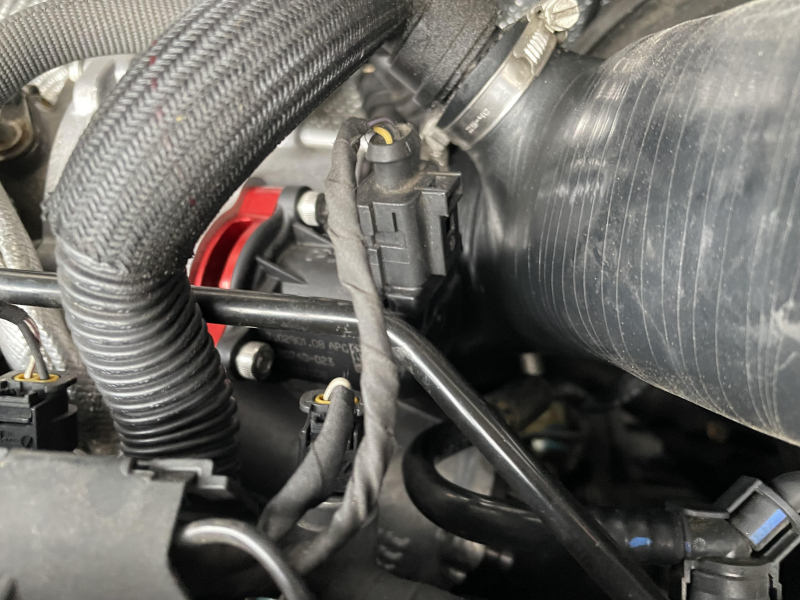 My setup really didn’t make much induction noise due to fact im still using the stock airbox. With the spacer you now hear them pretty easily even with windows up. Anytime the ECU decides to tell the DV to release pressure you will get pssst noises of varying levels and lengths. This happens A LOT and at times you probably wouldn’t expect it to. Its not always the cut and crisp pssst movie noise, sometimes it more off a fainter longer and drawn out air release sound like a tire leaking air. If the ECU see’s the turbo going over what its target pressure is, it will release pressure to keep it at the ECU’s target or if the ECU’s target gets adjusted lower it will dump pressure to meet the target. This pressure release happens during normal around town driving, not just spirited driving. The more abrupt the pressure drop the louder and more crisp the pssst sound will be.

One thing I did want to test with this is if I saw any leaking. I keep hearing these spacers cause leaks and I didn’t see why as long as it fit well enough. This one seems to be well crafted and has o-rings where it needs to seal. I had a feeling it was more users not understanding how often the ECU regulates pressure with the DV compared old school spring pressure based boost systems like the AEB 1.8t engine I had in my 1999 A4. The DV spacer is directional and there is a nub on the bottom of the DV that needs to line up with a divot in the spacer. Not lining up the nub correctly would cause a boost leak.

Here is a graph of a log I took with the spacer on.

You are looking at specified boost which is what the ECU wants and the actual boost we are getting. In the beginning the lines are not meeting but that’s ok, the turbo building up pressure and the waviness at first once peak boost is hit is my poor accelerator work with the pedal. Once my accelerator pedal is down all the way the specified and actual boost stay in line with each other till I let off. I did other logs like this in a variety of situations and wasn’t able to see any leaks. Every time I heard pressure being released the ECU was asking for it in the logs. So at the very least the DV spacer I have doesn’t seem to leak.

Alternatively you can install a hot air intake “cold air intake” and with the filter element being open inside your engine bay and that would give you more induction sounds though not as loud. I don’t like these intakes because they draw air from inside the hot engine bay instead of using duct work to get cold air from outside. This isn’t as much of an issue when the car is moving at a decent speed, just not when stopped or slow moving.

In the end I still took the DV spacer off even though it wasn’t leaking or causing any issues. It releases pressure often and at awkward times unlike the movies making it pretty annoying. I also don’t like drawing attention to myself and my car is visually pretty stock looking. But I was glad to see it didn’t cause any ill side effects I could fine and now that there are cheaper options available I think its worth trying to see if you like it.